"The Golden Cages of Sin" is the first track off the upcoming fourth full-length album from Polish thrash metal band BLOODTHIRST. The album entitled "I am Part of that Power which Eternally Wills Evil and Eternally Works Wrong" is going to be released on the 11 March 2019 via Pagan Records. This concept album contains 9 tracks filled with Nietzschean philosophy and aggressive Thrash Metal.

2019  is BLOODTHIRST' time to celebrate its remarkable history twenty years in the making. So a special show is planned on the 23rd of March 2019, together with Deus Mortem Official, Warfist and Temple Desecration. This event will be also a release party of the upcoming album.
More info: https://www.facebook.com/events/278178332858803/

Listen to "The Golden Cages of Sin":

"I am Part of that Power which Eternally Wills Evil and Eternally Works Wrong" will be released in digital and CD formats (jewelcase with 20-page booklet) with cover and layout by Kontamination Design. 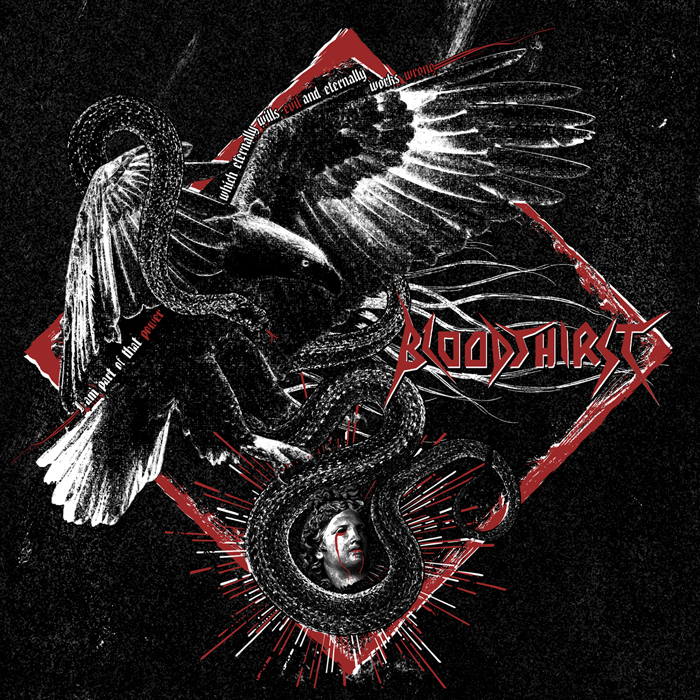 Tracklist:
1. Pure Madness Heals
2. The ConsciousSerpent's Will
3. The Invincible Eagle's Power
4. Sons of Fire
5. The Golden Cages of Sin
6. Beyond the Concept of Reason
7. No Tounge for Their Ears
8. A Man Should Be Defeated
9. Ubóstwiona Nicość