Polish death metal squad MASACHIST have just returned with their second full-length entitled "Scorned". The anticipated follow-up to the band's 2009-released "Death March Fury" was recorded in mid-2011 at Monroe Sound Studio, with final production touches taken care by guitarist Aro. Featuring nine brutal and intricate songs, "Scorned" is 40 minutes of your agony, another relentless death march. The songs are much more demanding than those heard on the debut album, while still retaining their primal brutality.

With the sophomore release MASACHIST proves beyond a shadow of a doubt that is one of the best death metal forces to emerge in last few years.

This is a must have for fans of HATE ETERNAL, DEICIDE, MORBID ANGEL. 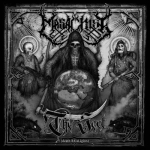 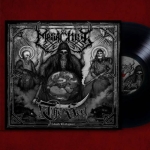