• 8th full-lenght album is typical SATHANAS style that is s powerful, fresh and full of energy, combining the obscurity of Black Metal, rawness of old Death Metal with the intricacies of old school Thrash

• long awaited successor to Nightrealm Apocalypse from 2009, taking the dagger and plunges it right through the heart of the heavens, to watch the skies bleed for forgiveness

• SATHANAS formed in 1988 and have been around for more than twenty years now with an unrelenting Old School Black Thrash attack. The band has really not progressed in any way from the days of their early days except in the most import...ant way! They’ve steadily become better and better at writing kick ass hymns to the horned one, painting dark soundscapes with visions of the apocalypse and the fall of mankind

• This is not Metal for posers, this is for serious metal fans, who like their music to smash their face against a brick wall and live you there bloodied and wounded for the crows. 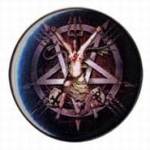 SATHANAS Flesh For The Devil MCD 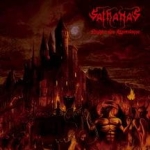 GRAVEWURM Blood of the Pentagram CD 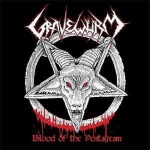 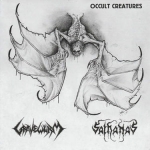 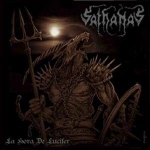