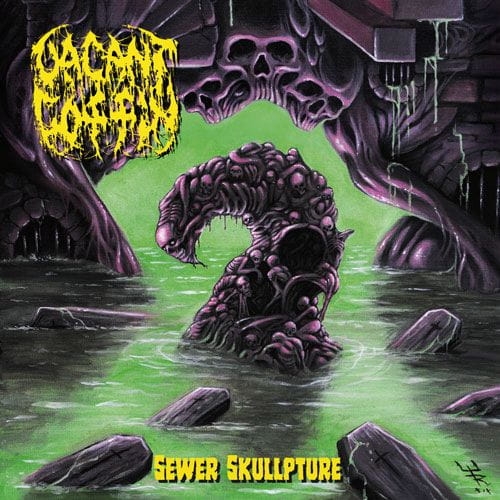 The debut CD from VACANT COFFIN. 16 ultra-ripping songs of furious death/grind bathed in slime, guts, and globs of exploded entrails! Features Lasse from the cult early 90's death metal band PHLEGETHON and horror doom bastards HOODED MENACE! Prepare to be pulled into the sewer of the undead as blistering drum blasts and metallic-death-shredding riffs collide in a fury of glorious terror! This is total "Grindcrusher-era" death metal/grindcore in the style of the classic early albums from MORBID ANGEL, NAPALM DEATH, CARCASS, BOLT THROWER, ENTOMBED, TERRORIZER. Reissue includes 8-song "The Thrashed Supper" demo as bonus!